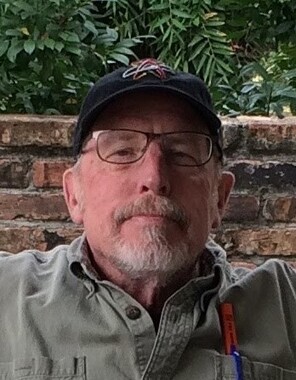 Back to Michael's story

Michael Kent Woods passed away unexpectedly on July 29, 2018 in Howard,CO

Born in Austin, TX on April 2nd, 1952, to Paul J. and Ruth E. Woods he grew up in Lubbock, TX, where his father was a professor at Texas Tech. He would later attend Texas Tech, where he was a founding member of the drum corp fraternity ZIT, and the original Harvey Neptune. He graduated in 1974 and attended law school at the University of Texas before deciding hed rather be a rock and roll musician in Austin. In 1986 he married his wife Susan, and they had a daughter, Rachel. In 1992, they moved to Castle Rock CO. and shortly thereafter he joined a little insulation company as an installer. That company was acquired by RG Insulation, where he moved up to sales and stayed there for the rest of his life. He and Susan moved to the Salida, CO area in 2012, and bought their place in Howard in 2016. He is survived by his wife Susan, daughter Rachel, stepson Michael Hansen and his wife Christine and their daughters Brooke and Molly, sister Lorrie Sullivan,and nephew Chris Watt, his wife Susannah, and their son Finley. Woody will be remembered for his sharp wit, humor, barbecue and love of trivia. Donations in his name should be made to the local animal shelter of your choice. Remembrances will be held in Denver on August 24th at the Interstate Diner, 10th and Santa Fe, starting at 5pm.
In Howard on August 28th at 12389 US Hwy 50 at 5pm,
and Austin, TX at the Texas Chili Parlor, 1409 Lavaca, at 5pm.
The family is requesting handwritten memories on standard size legal paper (his medium of choice) to be shared at the remembrances and saved.
Published on August 14, 2018
To plant a tree in memory of Michael Kent Woods, please visit Tribute Store.

Plant a tree in memory
of Michael

A place to share condolences and memories.
The guestbook expires on November 12, 2018.

Restore this Guestbook to share a memory or message of condolence of your own.