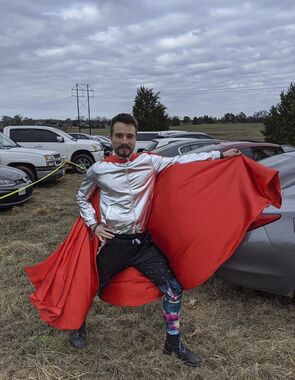 Back to Calvin's story

Calvin Charles Bench was born in Midland, Texas on January 17, 1984 and moved with his family to Kingwood, Texas when he was 4 years old. Cal did well in school and graduated from Kingwood High in 2002. During high school he founded a popular intramural beach volleyball club called Jaritos, evidence of his enterprising spirit that often had a comedic underpinning.
Calvin attended the University of Texas and graduated with a BS in Geology in 2006.
After graduation Cal took a winding path, from working as a resort-hand in Hawaii to teaching English in the Czech Republic, South Korea and Japan and finally going back to Czech for another 4 years. In 2011, Calvin returned to the US and worked odd jobs before re-entering UT to earn a BS in Computer Science and an MS in Information Science in 2017. Cal has since enjoyed a successful and promising career with IBM where he brought his creativity, energy and writing skills to enterprise security software.
Calvin's life was cut short Saturday morning, February 22, 2020 when he was t-boned by a drunk driver on FM 969. Police on the scene believe that the power of the crash killed Cal immediately.
Calvin was an adventurous spirit always ready to bring fresh perspective to anything life threw at him. Cal had a colorful manner of self-expression through elaborate costumes that he wore in college, the tattoo art that he crafted over a number of years, and the stories and graphic design projects he dove into. He was relentlessly positive and towards the end of his life he found common cause with the philosophy of transhumanism, which combined his various beliefs in improving humanity, the transformative potential of technology, and a relentless pursuit of the future. He did everything he could to maintain a sharp mind and healthy body. It is tragically ironic that the life of this man who truly believed that he would live well past 100 years was cut so short.

Everyone who knew Calvin found him to be an amazing conversationalist who could confidently expound on any topic, but his encyclopedic knowledge of the Marvel Universe made that topic a favorite. A sometimes contrarian, he could make an argument that he didn't believe in just to test the possibilities of two sides. Cal's energy and sense of fun were infectious; some have said that in his short time, he lived the life of 10.

In lieu of flowers, please make a donation to The Ladybird Johnson Wildflower Center, in loving memory of Calvin Bench.

One more thing: we're collecting audio memories of Calvin. If you'd like to share a story or moment that you believe speaks to the essence of Cal, please follow the instructions below. Thanks very much. He would be pleased.

1. Call 737-256-7677
2. Introduce yourself, your relationship to Calvin and how long you've known him
3. Leave a message about Calvin - your favorite memories of him, the story of how you met, or your favorite inside joke. Tell us what is special about Calvin.

This message will end after 10 minutes. Feel free to call back again if you were not finished.

Thank you for your help, your love and your memory of Calvin. He was a good soul whose love and energy touched us all.
Published on February 26, 2020
To plant a tree in memory of Calvin Bench, please visit Tribute Store.

Plant a tree in memory
of Calvin

A place to share condolences and memories.
The guestbook expires on May 26, 2020.

What should I write?
Add photos Add an emblem
Share

Susan
I am so sorry for this tragic loss. How comforting the words at Revelation 21:4 “ He will wipe out every tear from their eyes and death will be no more...” What a wonderful hope to look forward to.
Keren and Thomas Richter

Serene Reflections Bouquet was purchased for the family of Calvin Bench by Keren and Thomas Richter.  Send flowers

Beautiful in Blue was purchased for the family of Calvin Bench by Rafik Rizik.  Send flowers 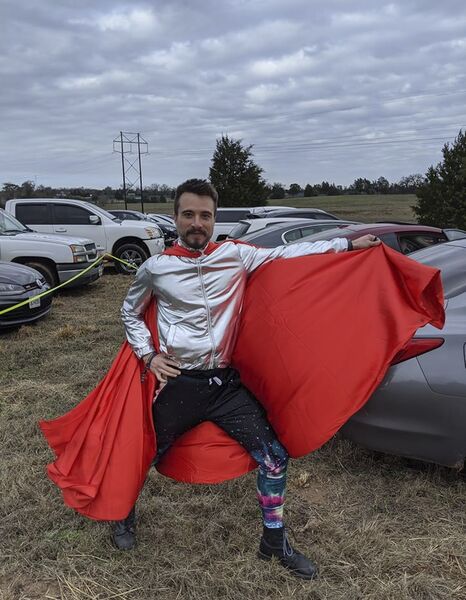