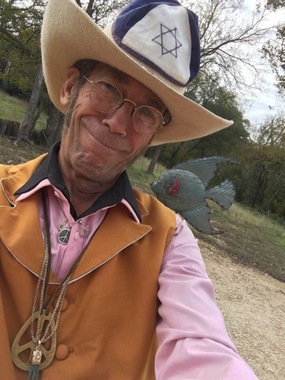 Back to Dr. Stephen's story

Dr. Stephen Bruce Berman, Doctor of Chiropractic, Master's of Science in Neuro Physiology, Bachelor's of Science in Electrical Engineering, and free spirit, passed away on January 13, 2019 in Austin, Texas.

A memorial service was held at Temple Beth Shalom.

Steve was born in Washington, DC to Harold John Berman and Joan Eleanor Felstein on September 9, 1950. His view on the world and his perspective on life was greatly affected and influenced by the assassinations of the 60's, the civil rights movement, and especially the Anti-Vietnam war protests. He travelled the country and the later the world, learning from his experiences as he went along. After running his own business in D.C., he discovered Chiropractic and went back to school to become and independent Doctor of Chiropractic for 30+ years, improving and saving thousands of patients' lives. Steve was always keen on healthcare and stayed emphatically true to his Hippocratic oath, going to great lengths to help when he was people were in pain, knowing he was the best.

He loved adventure, geology and mining, inventing and registering patents, and developing an integrated physics theory that explains our Universe. He even became the eldest alligator wrestler in Colorado! He was befriended and beloved anywhere he travelled. Above all, he was a loving father and always prioritized spending time with his two sons as they grew up. To many he was a doctor, a classmate, a business partner, a teacher, a client, a friend, family or even a soulmate. His legacy will live on in the memories of these dear people whose lives he touched, articles he published and technique perfected ( https://youtu.be/2Mfhq7JhNos ).

Plant a tree in memory
of Dr. Stephen

A place to share condolences and memories.
The guestbook expires on May 05, 2024.

What should I write?
Add photos Add an emblem
Share

Stacey and Chris
We loved Dr. Berman! Just looked him up today for an adjustment. Saddened to hear of his passing but my heart is joyful knowing he is among the stars. We will always cherish our memories with him and how he made us feel so cared for and loved. He did not judge or care who you were he sincerely wanted to help people from the bottom of his heart not dependent on your financial status. He was truly the best at his craft. Thinking of you on this day Mr. Man!
Ezra Alley
He will be missed. The famous chiro adjustment video helps me falling a sleep and demonstrates how wholesome was is approach to all-around healthcare, mental and physical. A fellow electrical engineer and a good human being. He still had 20 more years to go with that head of his.
Tim Fulcher
Dr. Berman was the best chiropractor I ever saw in Austin, in the 1990s. I enjoyed his stories about playing the mandolin and providing musicians at Kerrville Folk Festival with complimentary adjustments, as well as his history of working to design an ergonometric keyboard. If I had been able to remain in Austin and continued as one of his regular patients, I am confident he could have helped with my chronic pain from motor vehicle accidents and their aftermath. I always left his office feeling better. Condolences to any family or friends who may revisit this guestbook.
Craig Bender
I was one of Steve’s first patients back in 1986 and one his oldest friends. Steve was a mentor when I was considering becoming a chiropractor and gave the best adjustments on the planet. He was one of the most brilliant people I’ve ever met. He loved helping people. I hope his patents on cavitation find there way into some company that can revolutionize the world of medicine. Rest in peace Steve.
Melissa Key

I woke up today and started to have lower back pain. Dr. Berman always was very helpful in solving my back problems. I was very saddened to find out that he had passed away. He was such a wonderful man and was an expert in healing people with his genius chiropractic work. God Bless Dr. Berman and his family! Rest in Peace Dr. Berman.

Thank you, Dr. Berman! I’ve watched your chiropractic video to relax and fall asleep for a number of months and am saddened to find that you have passed. It looks like we shared interests (and a city) and I would have loved to become a patient. Love your voice and technique. Rest In Peace.

Grace
I was referred to Dr. Berman by my brother-in-law in 2001 because he helped heal his aching back. I’d had a sedentary job for years and had been diagnosed with a neuromuscular disease. Dr. Berman put my mind at ease & said I’d be fine and he was right. At my first appointment, he took 30 minutes just listening to me explain exactly what my aches & pains consisted of and he listened intently and asked many questions. At that moment, I knew I’d be fine because I was in such good hands. He had a very kind heart and knew his craft extremely well. I’ve missed him since he retired but knowing I’ll never get to hear his voice ever again is heartbreaking. Until we meet again.....so long, D...r. B.Read more
W Bracey
His YouTube video has been a relaxing go to video for me for a few years now and for will remain so for years to come. R.I.P.
Patrick Reed
I just watched Dr Berman on YouTube for the first time about 3 minutes ago & I can't tell you how sad I am to learn of his passing. God bless you sir & your family. I hope & pray your legacy of healing never ends.
Glenn Watkins
When you went in to get treatment, Dr. Berman made you feel very at ease and took time to understand your areas of concern. He listened to you and after listening, he understood his craft so well he knew exactly where you needed relief. Because of him, I now have a through understanding of chiropractic care. His complete legacy will continue to touch many lives.
Thomas Shelley
I watch Dr Berman's 'Complete Chiropractic Adjustment' video a few times a week. His thorough and knowledgeable approach to his work, along with his voice, is really relaxing and comforting. His friendly and welcoming demeanor make him feel like a personal friend. He will continue to enrich my life! Rest in peace Dr Berman 🌻
View all 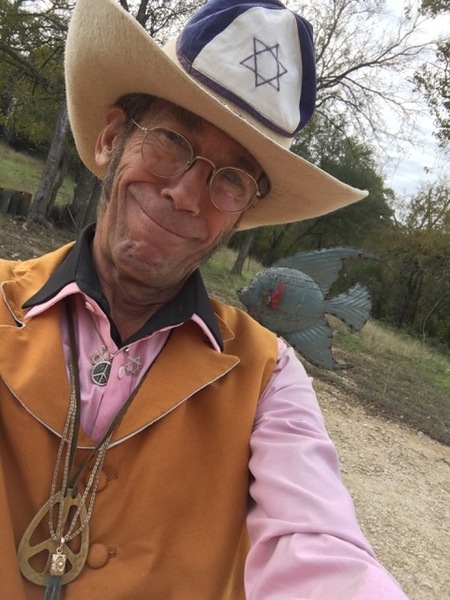